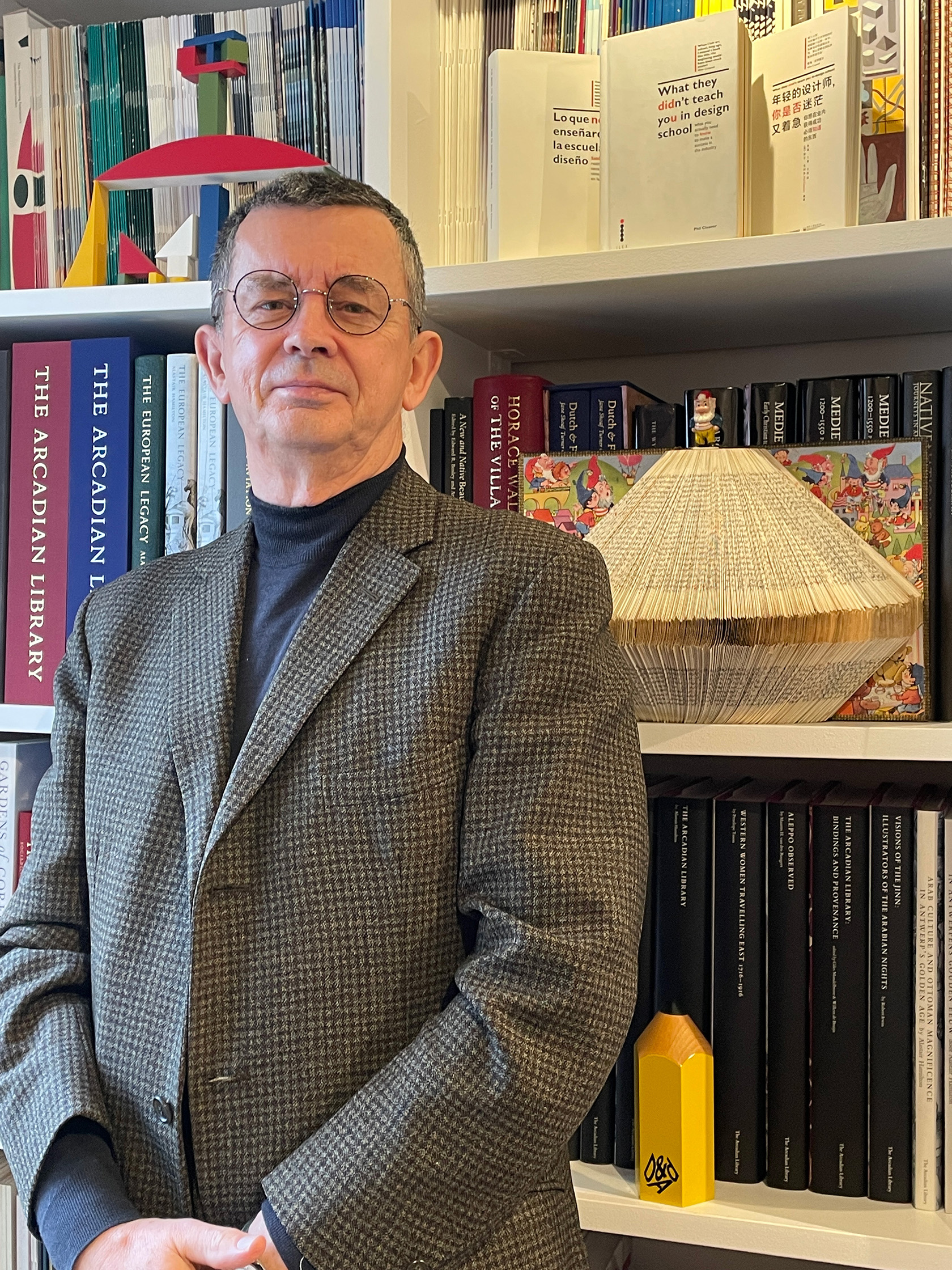 Phil Cleaver is an established and multi award-winning heavyweight in the graphic design world. Protégé of Anthony Froshaug, Phil honed his design and typographic skills under Alan Fletcher at Pentagram, Wim Crouwel at TD in Holland, and Michael Wolff at Wolff Olins.

In 1984 Allied International Designers recruited Phil as creative director of branding. In 1987 he established CleaverLandor, a specialist design consultancy, whose success led to such rapid growth that Phil found himself increasingly paper-pushing and decreasingly pencil-pushing, so he set up design consultancy et al, in 1992; a tight-knit consortium of like-minded design professionals.

Phil is a fellow of the Chartered Society of Designers, a founding trustee of The Monotype Museum, a Fellow of the Royal Society of Arts, and Professor in the Creative Industries in the School of Art and Design at Middlesex University.

He lectures worldwide on design, and his early typographical work is archived in St Bride’s Printing Library. His book design is in the permanent collection of the V&A Museum’s National Art Library.

In 2012, Phil was invited by renowned creative director David Holmes to collaborate as typographer and book designer alongside Sir Peter Blake, godfather of British Pop Art, and four other master artists, to create a box of treasures celebrating eight decades in the life of Sir Peter Blake and The Macallan.

Phil also wrote and designed, What They Didn’t Teach You In Design School, published by Ilex Press.


To get in touch or ask about commissioning a folded book, please send an email to phil@philcleaver.com